Hello, my friends. It's been forever, I know. I'm posting a big old
THANK YOU
to everyone who came out to see me at the Thousand Oaks Library Author Fair on May 20th. As promised, I am awarding a free copy of Frozen Heart to one winner who stopped by to chat and entered to win. Using Random.org, I have selected a winner! 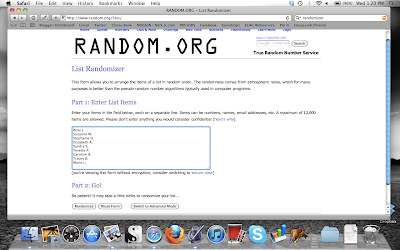 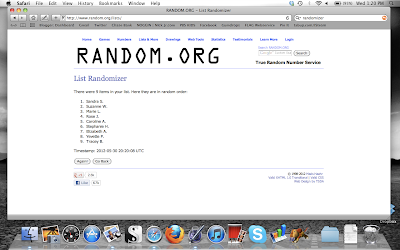 Congratulations to Sandra S. ! I'll be emailing you the details.

The event itself was rather quiet but a wonderful experience overall. I met several other local authors, including Amazon Best Seller Kyle Fitzharris, and had a lovely time chatting with both long time lovers of books and unpublished authors looking to break into the publishing world. In all, I would liken this event to having a soft opening of a restaurant. Not too many people and just enough to begin to build some word of mouth.

I'll be back again soon, my friends. I miss waxing poetic about my life and my writing. In the mean time, I hope you've found some great books and talented authors with the monthly installment of Author Spotlight.

XOXO
Posted by Annabelle Blume at 1:40 PM No comments:

Who's got a cloning device?

I have been the worst of the worst, terrible, totally MIA bloggers in the history of blogging. Well, except that chick that secured "the best blog name ever" and only blogged one day in 2009, screwing the rest of us out of that awesomeness. Anyway, to my followers and my friends, I apologize. Anyone else can bite it.

As you know, I'm having a blast writing The Bombshell Mommy for Vitacost.com. If you haven't read the blog, it's fun and informative. I never dreamed I'd get the opportunity to write about an issue that is dear to my heart in a national forum. I also never imagined I'd own quite so many sex toys. It's win-win.
If you haven't "liked" the Facebook page yet, please take a moment to do so. I promise not to spam your newsfeed. We had a chat on Facebook last week and it was a great time. I hope more of you can stop by and say "Hi" next time.

Additionally, I'm still taking freelance projects. Therefore, I'm still writing for magazines and have a big, huge, daunting project that is totally kicking my ass. I will be scarce until June, at the earliest, as I wrestle this project into submission.

Of course all of this comes secondary to my kids. They have to be feed and clothed and bathed and what ever else they are demanding at that moment. They're like little dictators with loose teeth.

Truth be told, my house is generally in shambles. There are constantly dirty dishes and the laundry is going to grow legs and put itself in the washing machine soon. I can't do it all, so the housekeeping is what gets left behind.

Therefore, if anyone has a cloning device, help a girl out! I could use at least one more of me, maybe two. Three would be a bit much, though, don't you agree? 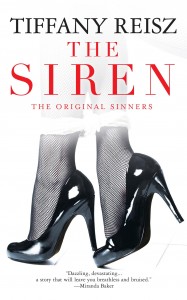 With a reputation almost as wild as the truth about her, Nora Sutherlin is the most infamous writer in New York.
With black hair, ice blue eyes, and a British accent, Zachary Easton is the sexiest editor in all of publishing…and the stuffiest.
And now they have to work together.
This might not be a good idea…


What was the first romance novel you read? How did that book influence your future as a writer?

I not only remember the first romance novel I ever read, I still have a copy of it. It’s THE SHIEK’S REVENGE by Emma Darcy, a Harlequin Presents. I read and re-read it. The opening scene involves the hot sheik discussing a sexy painting with the heroine. Later I would steal this idea for THE SIREN.

When or how did you decide to write erotica? Did you or do you plan to write in any another genre?

I’m not a huge fan of genre labels. They tend to fence in a writer. But there’s something about the word “erotica” that stirs the blood. It’s the most ancient genre and the most infamous. I love sex and find it fascinating so it’s only natural that’s the genre I gravitated too. I have another book in the works that would be urban fantasy but urban fantasy with my trademark goofiness and eroticism.

We all have pitfalls in our writing process. What is yours and how do you combat it or work around it?

Twitter is an addiction. I’m a social butterfly online. I love to talk and interact with all my cool online friends so it’s hard for me to tear myself away to get real writing done. But then I remember 90% of my followers are following me because of my writing. I don’t want to let them down so I get back to the typing. Sigh…

I don’t know where my openness came from. I’ve just never been shy about my personal life. I suppose I don’t think my personal life is interesting enough to keep a secret. To me, being into BDSM is like being gay. It’s simply me. How could I hide that? It breaks my heart that so many women writers feel like they have to hide behind pen names. We’re just perpetuating the cycle of shame and embarrassment. Liking sex should be as neutral as enjoying food. It’s natural, it’s healthy, it’s nothing to be ashamed of. There’s nothing wrong with keeping your private life private or writing under a pen name. But there is something wrong when women writers feel like they have to.

Given the success of Fifty Shades of Grey, what are your thoughts on so-called “BDSM-lite” hitting mainstream American readers?


Quick Three:
Favorite book: The Keep by Jennifer Egan
Favorite drink: A spiked Shirley Temple
Favorite article of clothing: My Batman shirt as my boyfriend likes it so much. Good memories.


When not under arrest, Tiffany enjoys Latin Dance, Latin Men, and Latin Verbs. She dropped out of a conservative southern seminary in order to pursue her dream of becoming a smut peddler. Johnny Depp’s aunt was her fourth grade teacher. Her first full-length novel THE SIREN was inspired by a desire to tie up actor Jason Isaacs (on paper). She hopes someday life will imitate art (in bed).
If she couldn’t write, she would die.