It's TIME! I'm so very excited to present to you the cover of Frozen Heart! 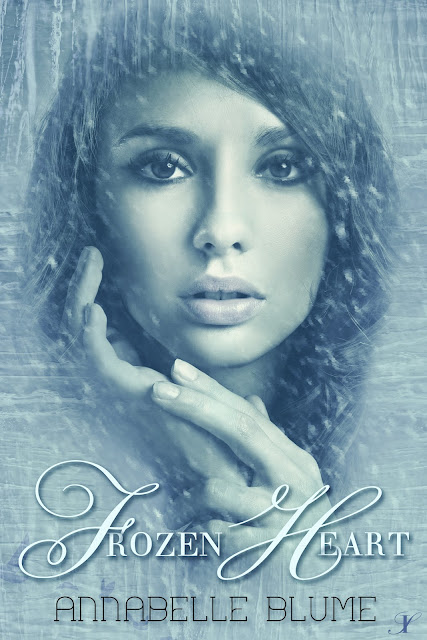 I'm a blogging failure, I know. My most sincere apologies. In my defense, I'm still learning how to juggle my freelance jobs, The Bombshell Mommy, and the publishing of Frozen Heart. Not to mention trying to squeak in work on my new WIP.


Meanwhile, I'd like to introduce you all to Cyndi Tefft, the author of Between and the newly released sequel Hell Transporter.  Her YA books come with a heavy dose of skillfully written sexual tension. They are not to be missed. Plus, a grim reaper with a Scottish accent, how can you resist? Cyndi recently took time away from working on the last installment of Aiden and Linsey's journey together to chit chat with me about her books and her writing process.

Between
It just figures that the love of Lindsey Water's life isn't alive at all, but the grim reaper, complete with a dimpled smile and Scottish accent.

After transporting souls to heaven for the last 300 years, Aiden MacRae has all but given up on finding the one whose love will redeem him and allow him entry through the pearly gates.

Torn between her growing attraction to Aiden and heaven's siren song, Lindsey must learn the hard way whether love really can transcend all boundaries.


What inspired you to write such a unique version of a grim reaper? And how did you decide on the delicious idea to make him Scottish?
I wanted to write a good versus evil story, but I felt angels and demons had been done pretty extensively. Having always been fascinated with near death experiences, I thought it would be fun to create a world in between earth and heaven with a guide from one to the other.

Diana Gabaldon’s Outlander series made me a Scot fanatic and I had just finished her sixth book when I started writing mine. Her seventh was not yet out at that time and I was hungry for some more Scottish Highlander hunkiness, so I decided to make one of my own!
Did you plan to write a romance novel with a strong religious theme or did it develop as the story evolved?
Because the story is set in the afterlife, I knew God and heaven would play a strong role in the book, but things definitely evolved as I wrote. I am much more of a pantser than a plotter (I just start writing and see how things develop, rather than outlining ahead of time).
The faith themes in the book are an integral part of the story, as I would imagine that in death, most everyone would wonder how the God thing comes into play.
You write fantastic sexual tension. What advice do you have for other authors *cough*me*cough* when it comes to writing the tension that comes before the actual sex?
Thanks! *grin* Writing love scenes is one of my favorite things to do. It’s much easier for me than writing fight scenes! Between was actually an adult book when I finished the first draft. It went through countless revisions and finally ended up a YA novel. There are three *deleted* sex scenes from the book that I’ve made available upon request to readers who want to know the characters a bit more... intimately. hehe
As for writing sexual tension, I believe the key is making the reader want it to happen as much as the main characters do. We all want to fall in love with the characters and when we do, their longings become our own, and the ultimate satisfaction of that longing is all the sweeter.
Every writer comes across pitfalls in the writing process. What is your biggest challenge and how did you learn to overcome it?
When I finished the first draft of the story, which was actually one big HUGE book that I later split into Between and Hell Transporter, I thought it was done. *shakes head* Little did I know that I would spend years revising those books and that they would bear little resemblance to the first draft once they were finished.
My biggest challenge early on was underestimating how much I still had to learn about writing. Now I know much more about the craft, but more than that, I know I still have much to learn. That knowledge, rather than being depressing and defeating my spirit, actually provides me with grace for the present and excitement for the journey ahead.
I am a better writer than I was and not as good a writer as I will be.
Quick three:
Favorite Book: Outlander by Diana Gabaldon (Jamie Fraser- swoon!)
Favorite Drink: Diet Pepsi (followed closely by espresso)
Favorite Article of Clothing: My Sketchers tennies. I wear them every day!